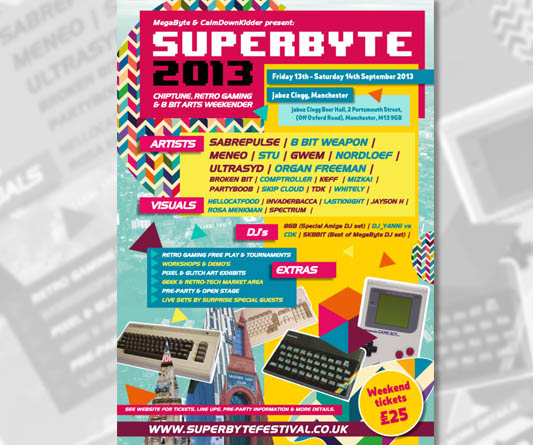 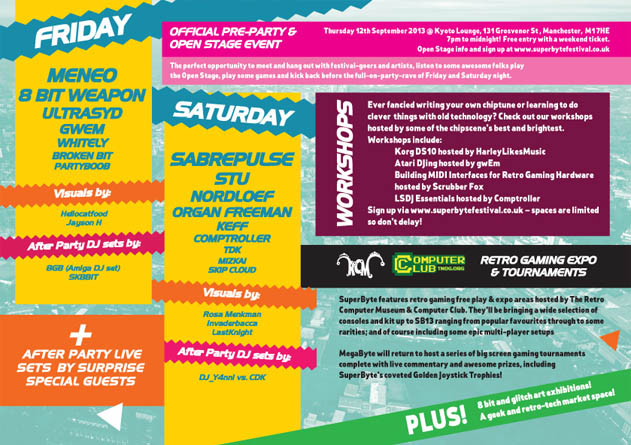 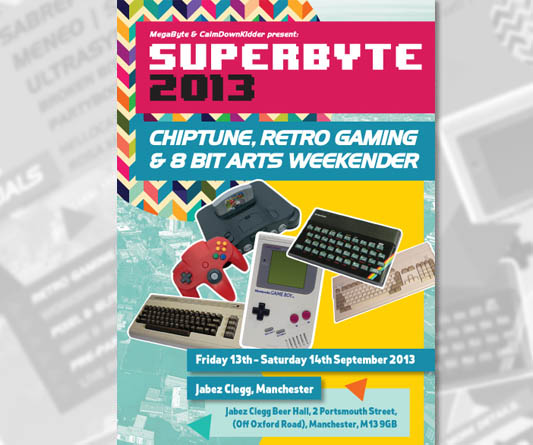 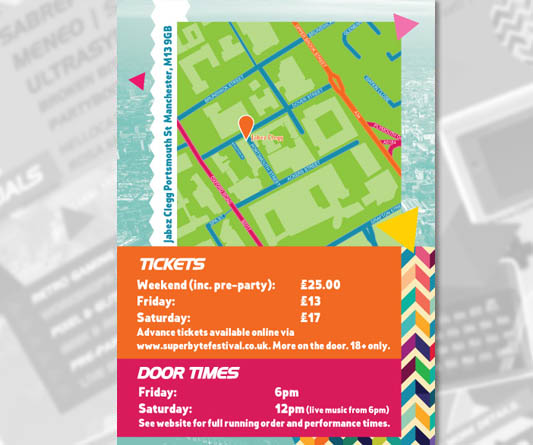 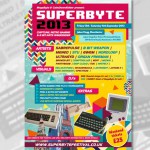 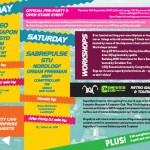 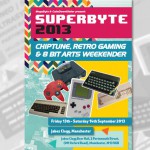 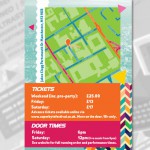 We were offered the opportunity to design the Superbyte 2013 promotional items. This included posters, leaflets, a programme, banner and web assets. The promoters were looking for a 1980’s design style akin to the TV show ‘Parker Lewis Can’t Lose’. We opted to include imagery of the hardware used by artists making chiptune music so that it was a little more obvious at a glance what was being advertised.

The design was met with excitement and we had some really great comments from fans of the festival regarding the design. The 80s was a time of massive change in music with the introduction of synthesized music into the mainstream, and it also had a very memorable ‘aesthetic’, which has recently seen a revival in fashion, so the material we produced referenced the time but also sat well in a current setting.

Any possible print item your business needs, we can do it. From the simplest flyer to the most complicated catalogue, we have years of experience in creating print materials that work.